Top 10 Friendliest Countries for Expatriates in the World 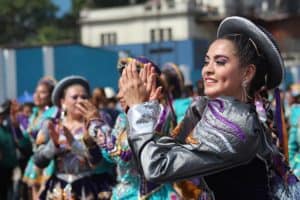 For any avid traveler or global nomad, the feeling of being welcomed at a particular foreign destination can make or break a holiday trip. No one likes to travel for days to reach a place and end up facing a hostile or unfriendly environment. The friendliness of people in your host country will make you forget all the jet lags and tiredness during long flights. It is important to know friendliest countries for expatriates if a particular destination is safe for you and your family before you make the move.

According to a survey of InterNations, a list is made for the friendliest countries for expatriates across the globe. Surprisingly, popular nations like the United States, the United Kingdom, and France don’t feature in the list of top 10 friendliest expat destinations on this planet.

Which countries are best for expats?

Friendliest Countries for Expatriates. The countries that proudly appear in this list are given below: 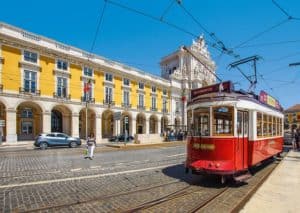 Portugal prides itself on being on the top spot mainly because 94% of expats believe that the locals have a friendly attitude towards foreign visitors. Expats can easily make local friends and are more likely to opt to stay for a long time or forever. You will be able to lead a peaceful and hassle-free life as you gradually enjoy everything this country has to offer including its distinctive cuisine, historical sites, culture, breathtaking islands, and coastal hotspots. Interestingly, it is the only European nation to feature in the top 10 list of friendliest nations in the world.

This island nation is known by many travelers, but most aren’t quite sure where it is situated on the world map. Taiwan, a land that has a complicated history, lies off the eastern coast of China.  Despite its difficult history, Taiwan is also in the list of friendliest countries for expatriates. Its people are proud of their openness to welcome international visitors. Taiwan has many temples to visit and explore and again like its neighbor has several skyscrapers. Expats in Taiwan sense a feeling at home kind of experience. 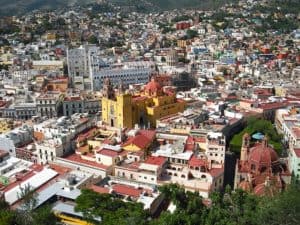 You won’t take much time in making new friends this country that shares its northern border with the United States. Ranked third on the friendliest countries for expatriates list, Mexico has everything that a traveler needs — beaches, ancient ruins, cosmopolitan cities, and the many friendly people. 39% of expats believe Mexico is the country where will likely stay forever.

Land of the ruined temple complex of Angor Wat, Cambodia is a Southeast Asian nation west of Vietnam. A must-see for any world traveler, the country has very friendly and happy-to-help people. Travelers and tourists interested in the local traditions and culture of Cambodia hold a special place in the heart of the locals. The food is excellent and the locals are eager to be of service to expatriates. 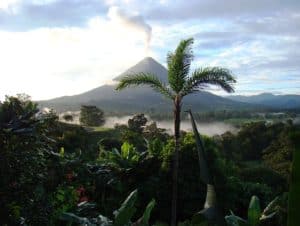 A series of more than 30 islands in the Arabian Gulf, Bahrain has a beautiful combination of desert and water as its landscape. It is a land of history that boasts an ancient culture. Though Bahrain gets a majority of tourists and travelers from other Arab countries, Bahraini people are welcoming to all their guests. The country is very friendly to even those who don’t know Arabic, and in recent years is turning into a beautiful melting pot of many different cultures.

Situated between the countries of Panama and Nicaragua, the Central American country of Costa Rica is full of attractive scenery — volcanoes, beaches, rainforests — spoiling the traveler for choice. Costa Ricans are very welcoming to tourists and love showing visitors around their stunning country. The local culture is fun to explore and most expats confess to feeling at home in Costa Rica.

Another Arab nation like Bahrain, Oman has an ancient history too. The country is not much known by tourists but is fast becoming popular due to its many attractions, one of the prominent ones being the Wahiba Sands area. Oman is a mix of the modern and the old. Its citizens embrace visitors from all parts of the world and make them feel very welcomed. 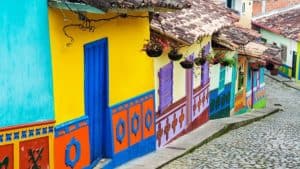 Lovers of music and travelers with the fascination to explore Colombia’s musical heritage and UNESCO World Heritage sites must visit this land of folk music and friendly people. The country is overall safe to travel to and the good-natured locals make it all the more fun to explore its many attractions.

Though Vietnam suffers from an unfortunate past, the country has recovered from that period. People, surprisingly, are also friendly to expats from the US. Travelers from around the world feel safe and get along with the gentle and affectionate Vietnamese. In the past few years, Vietnam has also become a hit with solo travelers.

This large and friendly country is no stranger to travelers. Canadians are popular for their politeness and friendliness. Also the presence of British and French cultures in Canada adds to the charisma of the land. Travelers have a whole lot of destinations to explore — from Vancouver to Prince Edward Island to fascinating lighthouses in the East.

With the rapid growth of the tourism industry in numerous countries worldwide, the competition is also huge. The toppers in this list of friendliest countries for expatriates will have to work hard to maintain their positions as the world’s most loved places. No matter where you intend to move to start a new expatriate life, opting for good international health insurance can save you from a lot of unexpected hassles. Make sure you purchase an insurance plan that suits your lifestyle and budget before you decide to make the move.

If you are wanting a great independent source for global health insurance, you can get a quote and discuss your requirements via Expat Financial.

8 Reasons to become an expat in Portugal

How to Stay Healthy While Living in South America