Moving to a foreign land can be exciting, but overwhelming as well. While the feeling of exploring a new country might seem fascinating in the beginning, yet the feeling of being alone and managing everything on your own in a foreign land can be intimidating. While it is completely normal to feel that way, it is better that you take control of the situation before things turn haywire. Today, North America has become one of the most popular destinations for expats looking for a great lifestyle, promising work opportunities, and more.

Being the world’s second-richest continent, North America offers its residents, as well as its expat population with exciting opportunities, an adventurous lifestyle, along with an unparalleled mix of diverse cultures.

Canada, USA, and Mexico are very well connected by air, rail, and road routes. Central American countries are less connected to international transportation. Countries like the USA and Canada boast of several international airports that offer direct flights to almost every other country across the globe. While planning your trip, it is always better to plan and book tickets in advance to enjoy the best deals and discounts. However, fares may vary depending on the country you are considering relocating to. Plane tickets in Canada are quite expensive compared to other parts of the world due to a lack of competition. 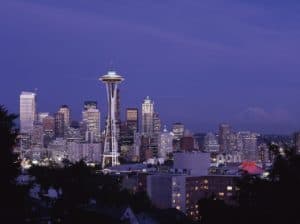 Most North American countries are considered safe as compared to the Central and South American nations. However, crime in Mexico has been extremely high for the past decade or more due to the ongoing drug wars between different cartels. In the USA, gun crime remains a big problem.

Especially with the high incidence of mass gun shootings widely reported in the news. Canada is the safest country in North America, but still has some areas in the larger cities that are considered somewhat unsafe. Central American countries often have very high rates of crime, but Costa Rica and Nicaragua are considered quite safe compared to their neighbors.

Most of the crimes that occur include petty thefts, house robberies, snatchings, etc. Which can be managed by being a little more vigilant.  It is important to weigh the pros and cons before finalizing your expat destination in North America.

Being one of the most economically advanced, culturally diverse, and politically influential continents in the world. North America has become a preferred destination for expats looking for better job prospects beyond their home country. Irrespective of the skills set or career field. North America offers its expat population with promising job opportunities and better career growth. Apart from great financial growth, working in North America gives you the exposure to work in a professional, competitive, and culturally diverse international setting.

Obtaining a work visa in the USA has become much more difficult in recent years, especially in the Trump era. Canada is a lot easier to work in if you have the right skills that are in demand, such as being a doctor or nurse.

Healthcare in North America for Expats

North American countries have some of the best and advanced healthcare systems in the world. While healthcare services are of high quality, access to these services especially for the expat population remains challenging. So, while the U.S. is fraught with fragmented payment and delivery systems. Canada is struggling to maintain coverage levels in the wake of budgetary constraints and international price pressures. Long wait lists exist in Canada for many medical procedures, but emergency service delivery is quite good. 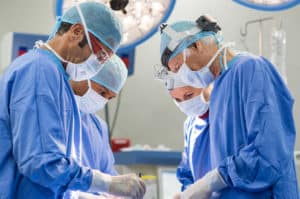 The United States offers three types of formal health schemes — private health insurance system, public healthcare for senior citizens or disabled, and a hybrid system for people belonging to the lower-income group. While these Medicare programs are funded by a combination of taxes and trust fund investments. Most of them are facing budgetary concerns due to the rising costs of prescription drugs and other medical expenses. It will be very difficult for new expatriates in the USA to secure local coverage in the USA and they most likely will require international health insurance.

Canada, on the other hand, provides health coverage to all its legal residents through its national health insurance program. Each province and territory within Canada charts its plan, with the Medicare programs being funded by the federal government. However, the cost of healthcare services is much less as compared to the U.S. In fact, the single-payer system followed in Canada provides a certain level of autonomy to the States and provinces. While supplemental insurance is offered as a way to manage risks. Note that for new expats, it can take several months or years before you can access the provincial medical schemes. That provide decent medical care to Canadian citizens and permanent residents.

Health Insurance is Vital for Expats in North America

Moving to a new country brings with it new challenges. One such challenge that expats have to deal with is securing a proper international health insurance plan. A plan that covers them not only in their expat country but also in their home country. As well as in other nations they may be traveling to. If you have ensured proper health coverage for you and your family in North America. Then it will appease you in multiple ways. This may include quick and better access to treatment and other healthcare facilities along with benefits such as shorter waiting times, reduced financial burden, etc.

If you are planning to move to the United States. It is important to gather essential details regarding healthcare facilities available for expats. As an expat living in the U.S., you need to purchase additional medical coverage. That can protect you in case of an emergency or repatriation. While the requirements for expats vary as per their country of origin, and Visa types. It is always better to have an adequate health insurance cover that can take care of massive hospital bills and other emergency issues.

However, if you are relocating to Canada, make sure you apply for private health insurance coverage. This plan is meant specifically for those who do not qualify for the provincial health insurance plan. Since the private healthcare plan doesn’t cover all types of medical services. Expats may avail benefits from temporary health insurance that is offered through the Interim Federal Health Program. This program allows expats, refugees, and similar such people to obtain basic healthcare services until they qualify for private or territorial health insurance.  Once you are eligible for provincial medical coverage in Canada, it is recommended that you take advantage of the cover.