African Expatriate Guide – A Guide to Living in Africa 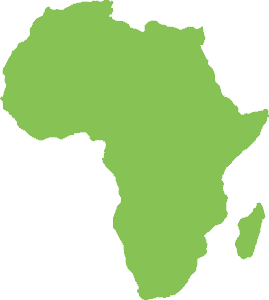 Africa is a big destination for expatriates from around the globe. It is the second-largest continent and also has the second-largest population with over 1.2 billion people. It has a very young population by average age and hosts a large range of ethnicities, languages and interesting cultures. Most of the continent was colonized by European countries, but nations were formed or gained their independence after conflicts or by negotiation. Many of the nations in Africa form the African Union based in Addis Ababa.

There are many flight options for expatriates to reach Africa. Flights can be both long and expensive, but some airlines have direct flights. If you are in Europe, there are also several ways to take a ferry to Africa, especially from Spain.

Safety Guide in Africa for Expats

While there are several very safe countries in Africa, the majority of the continent will present expats with minor to very serious dangers and risks. Many nations in Africa have ruthless dictators, civil strife, riots, and even large scale armed conflicts. Expats should heed travel warners and advice from their governments and only travel to regions and countries where safety risks can be managed. Petty and even serious crimes can be a constant risk for people traveling to Africa or living there, so make sure you take common-sense precautions and keep to safe areas if at all possible.

LGBT travelers should be cautious about living and traveling to Africa as there are countries such as Nigeria and Uganda with strict laws against homosexuality and same-sex marriage – including serious fines and jail sentences. Unfortunately, not all countries in the continent have not become as accepting of gay and LGBT relationships – but we can hope that progress can be made in the near future.

Health Guide in Africa for Expats

The African continent provides any expat living there or about to travel to Africa with a lot of health challenges. The medical systems in most Africa countries are in poor shape with a lack of staff, resources, and medical supplies. Most expatriates will want to obtain medical treatment outside of Africa, but many can receive excellent medical treatment in hospitals and clinics in South Africa.

Another concern for expats in Africa will be the wide variety of viruses and infectious diseases that exist on the continent. Diseases such as Ebola, HIV, `and Malaria can present some real dangers to living in the region. It is vital that any expatriates who plan to live in Africa obtain adequate vaccinations based on the advice of a doctor who specializes in travel medicine if possible.

If you are living in Africa, you should take steps to avoid diseases spread by animals and insects – such as rates, wildlife and of course the mosquitos. Many countries in the region have serious illnesses that are spread by insects – such as Malaria.

Health Insurance is Vital For Expats in Africa

While it may be tempting to be covered by the local health insurance plans in some African countries, these plans are not made for expats – just for locals – and they are not generally able to properly coverage expatriates who may move from one country to another, require private medical care or need to be able to obtain medical treatment outside of Africa. A good international health plans will help you maintain your health and that of your family as well. It will also help you avoid financial ruin should you experience an injury or illness, in addition to facilitating treatment.

If you are living in Africa, it is vital that you have a policy that will provide medical evacuation coverage. Most international health plans will either include medical evac or allow you to add it as an option.

The best source for global healthcare in Africa is through Expat Financial, which offers a variety of excellent expat health plans from a variety of insurance companies.