Top 7 Reasons to Become an Expat in Asia

Just thinking of moving into an entirely different country can be a bit terrifying as it’s not a piece of cake to wind up everything and to start a new beginning in a new place. But, if you want to give life a new chance in new surroundings, consider to become an expat in Asia. It is a land of diversity, and exclusivity which has numerous benefits of becoming global nomads and you won’t regret beginning a new life there.

Top Seven Reasons to Become an Expat in Asia

You might not have considered moving to Asia before, but to be honest, there are tons of reasons that why Asian countries are ideal for settling and calling them home. If you are still having second thoughts, read 5 Tips for Expat Partners Who Are Reluctant to Move Abroad.

During these devastating times of Covid-19, if you think of moving out, you would want a safer to live in. well, Asia is one of them. Asia has seen fewer death rates because of the coronavirus outbreak than Western nations, which claim an efficient healthcare system. The case-fatality ratio of COVID cases in India is 3.3%, Bangladesh 1.5%, Pakistan 2.2%, and Sri Lanka 1%. One of the main reasons for low CFR in Asia might be the lack of rapid declaration of deaths. Moreover, countries of South Asia tend to have younger inhabitants.
These nations were lucky enough to have plenty of time to get themselves ready for the wave of Covid-19. This allowed them to impose smart lock down, reordering of funds, and providing their people with resources. Countries such as China, Sinapore, Taiwan, Japan and others have done an excellent job in reducing the spread of COVID withing their borders by tight controls and better public health measures. Note that you may have to quarantine up to 21 days after you arrive in some Asian destinations, such as Hong Kong. 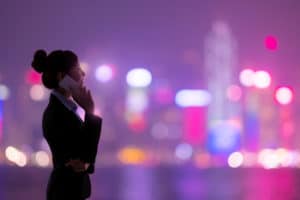 2. Experience A New Way Of Life in a Different Culture

Becoming an expat in Asia will give you a golden chance to widen your perspective and become more accepting of different cultures. Becoming deeply connected with the Asian community will provide you with massive exposure to the traditions, customs, and values, which will give you a broader outlook towards the world. From getting familiar with Bangkok’s traffic and planning to be punctual to perplexedly attending Chinese New Year for the first time, you will be able to value and appreciate the different shades of culture that once appeared strange to you. Become an expat in Asia will introduce you to many exciting parts of their culture and make you more open-minded.

3. Asia Has The Best and the Most Affordable Food

Food is the main reason for attraction and excitement for moving to Asia. While the Americans develop their place surrounding cars, Asians construct their towns for welcoming people. You will find numerous inexpensive restaurants in every corner of Asian cities. Excitingly, their street foods are worth trying. Life in the US, Australia, and the UK is even more costly than in Asia, especially when it comes to food and beverages. But do remember that it is different for every city. For instance, Hong Kong rates are quite similar to Western countries, but Chiang Mai, Manila, Bangkok, and Bali can be incredibly very reasonable. 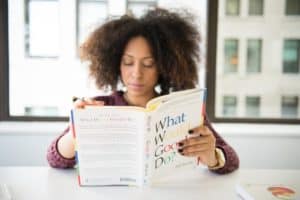 If compared to Europe and North America, countries of Asia have relatively rapid developing economies having huge demand for western professionals. Becoming an expat in Asia will give your numerous c/[[[‘/hances for coming into advanced development in Asia’s evolving economies. You will get ample opportunities to develop and expand your career. Countries like Japan and China look for expats to grow their jobs and positions linked with well-paid salaries.

The main reason many people are attracted to Asia is because of its reasonable cost of living. Generally speaking, the salaries that expats in Asia earn are relatively higher than those of that country’s inhabitants. Interestingly, many countries of Asia have lower tax rates as compared to western countries. 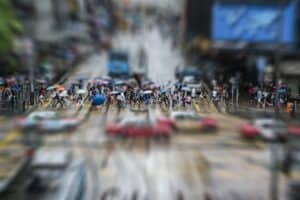 This is another great reason to become an expat in Asia. Many South Asian countries are very safe to live alone or with your family. In every country, its people are very hospitable, welcoming, and warm-hearted. No doubt that there are several rules and regulations to abide by but seeing generally, it’s very peaceful and secure. In our opinion, Japan at least feels like the safest country in the region. Some countries in Asia do have higher amounts of crime and also have political instability, such as Myanmar. No matter which country you live in, it makes sense to take common-sense precautions. As many countries are continuously progressing, Asia is an ideal place to make money for expats.

As compared to the west, expats in Asia can benefit from excellent and sometimes cost-effective healthcare services available here. Talking about Southeast Asia, people prefer to go for private medical services rather than public ones. It provides better facilities when it comes to proficiency and quality. Note that most foreign nationals living in Asia will not be covered by the local health system and will want to seek medical care in a private hospital or clinic. Though the public medical sector comes with its own set of facilities, the extensive waiting times diverts the attention of expats towards getting adequate global healthcare insurance.

Top 5 Reasons You Should Become a Digital Nomad

5 Tips To Enjoy Your Overseas Retirement

5 Ultimate Things To Do in Kuala Lumpur...

Top Destinations in Cambodia for Expats

What Are Your Global Healthcare Options in China?

Top 10 Friendliest Countries for Expatriates in the...