Top Destinations in Cambodia for Expats 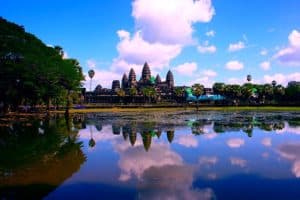 Top 4 Cities To Live in Cambodia for Expats

Steeped in rich history and culture, Cambodia is always flocking with travelers. The first thing that comes to mind when someone says Cambodia, is its famous temple Angkor Wat. But what you may not know is that there’s more than just one famous temple which makes it the top destination to explore in Southeast Asia.  Warm hospitality, balmy weather, and fun tuk-tuk ride inevitably turn tourists to expats.  No matter which city you choose to live in, you are bound for an adventure.

Where should I live in Cambodia?

Here are the top four cities to live in Cambodia for expats. 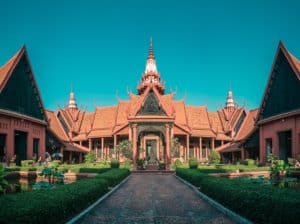 Cambodia’s capital city and also where the majority of the expats live. The hustle and bustle of the metropolis make it easier to live a comfortable life. Coffee shops are mushrooming everywhere, a plethora of arts to explore, and grocery shops are better than other cities. There’s also fewer power cuts and high-speed internet. Phnom Penh is the only city with vibrant nightlife in Cambodia for Expats. 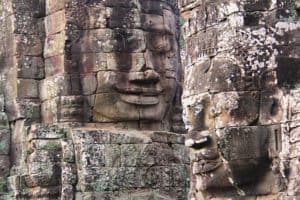 The history of the ancient world still echoes in this city. Explore the ruins of Angkor and be completely serenaded with the temples’ carvings, long steps, galleries and statue of Lord Vishnu. This Hindu temple is the largest religious monument in the world. But don’t be fooled, Siem Reap is also known for its infrastructure, modern hotels,  and restaurants. Expats who are more artistic will find other artists and photographers here. Siem Reap is a lot quieter than Phnom Penh but the city is vibrant in its own way.

If you’re someone who enjoys coconuts by the beach then Sihanoukville is your destination. Since the city was only established in the 1950s, there are plenty of construction sites building luxury hotels. It is a fun place for digital nomads to unwind, sunbathe and party throughout the night. Since this city is still developing, take advantage of the mellow Sihanoukville before it gets cleared for construction.

The second-largest city in Cambodia, but Battambang is not as busy as Siem Reap or Phnom Penh. It is a quaint town with lots of charm that did not lose its traditional lifestyle.  This city is a favorite among expats looking for a quieter lifestyle. There is some French population in this town, mostly retirees. But the expat community is growing in Battambang. There are French colonial buildings and a number of French restaurants around. Battambang is also home to many of the country’s artists.

Cambodia offers every expat something unforgettable. This country should be on your bucket list, but before you pack your bags and buy an airline ticket, ensure you are fully covered. It is important for expats to research the country they will be staying in. Expat Financial recommends digital nomads to get international health insurance when traveling. It will save you all the hassle when there’s a medical emergency.

5 Ultimate Things To Do in Kuala Lumpur for Expats

5 Ultimate Things To Do in Kuala Lumpur...

The Easiest Countries to Get Dual Citizenship

5 Best Places To Retire In The World

Expats in Mumbai : What makes Mumbai a...

This site uses Akismet to reduce spam. Learn how your comment data is processed.

Note: Some of the products and services described or advertised on this site may not be available to residents of certain jurisdictions, depending on regulatory constraints, including Canada and the U.S. Please contact TFG Global Insurance Solutions Ltd. for more information about your specific jurisdiction. If you or your company requires a policy that is billed to the USA, please contact us and we will refer you to a broker located in the USA. The policies we offer via TFG Global Insurance Solutions Ltd. or its related web sites are not available to citizens currently residing in the USA when taking out the policy.