Trending Now
How to Choose a Global Health Insurance Plan
Greece is Making it Attractive for Digital Nomads
Five Tips for Expat Women Living Abroad
5 Great Future Destinations for Canadian Expats
Top 5 Reasons You Should Become a Digital...
Top 7 Reasons to Become an Expat in...
5 Quick Reasons to Move to Italy
5 Tips for Choosing the Right School for...
5 Ways to Become a Digital Nomad
5 Tips for Expat Partners Who Are Reluctant...

Located to the east of Central America, the Caribbean is a region with more than 700 islands surrounded by the Caribbean sea. The Caribbean has always been one of the most popular vacation destinations around the world. Learn more about expat life in Caribbean.

How to become an expat and move to the Caribbean?

There are so many things to see and to do. In this article, we will discuss 5 positive aspects of expat life in Caribbean. 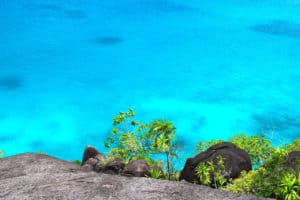 There are many beautiful beaches in the Caribbean. For example, in Antigua, one of the largest Caribbean islands, you will see pink and white beaches. Another famous tourist attraction would be Dunn’s River Falls in Jamaica. The waterfall is about 660 ft high. You will enjoy the impressive beauty of pools which lead to the ocean. If you like diving, then you can visit coral reefs and sea creatures around most of the islands. If you move to the Caribbean and live there, every weekend is like a vacation holiday.

The culture of the Caribbean has been influenced by African and European immigrants. Each of the islands has a unique culture such as architectural style, music, and local customs. Some of the islands for example, Barbados, has influenced by English culture and live a western lifestyle. Another example would be Puerto Rico, a well-developed modern center with buildings and good infrastructures. These are all popular expat destinations.

The festivals in the Caribbean consist of costumes, dance, music and local food. The biggest and most popular festival on the islands is Trinidad and Tobago Carnival. The tradition of the festival can date back to the 18th century. There are many other festivals based on agriculture to celebrate the harvest, and parades to celebrate independence. Expats living in the Caribbean will have the chance to participate in all these festivals. 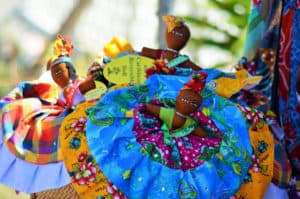 Based on The Caribbean Safety and Security Net’s data, the most recent incidents are not life-threatening. Thefts are not with weapons nor attack violently. However, expats living in the Caribbean should raise the home security level. Most of the theft and robbery have happened when a property is not locked.

Generally speaking, the cost of living in most islands in the Caribbean is affordable. Groceries and public transportation won’t cost you much. In some countries such as Panama, American Dollars (USD) is used here and housing is relatively cheap. It is an ideal retirement destination.

Don’t Forget International Health Insurance When Moving to the Caribbean

If you are moving to the Caribbean, it is critical to obtain an international health insurance plan that will cover medical treatment in the Caribbean, but also globally. If you are an American, you will want to include cover for the United States or if you wish to be able to obtain medical treatment there. It is often recommended that expats should make sure that their plan includes medical evacuation and repatriation coverage. Expat Financial can source international health insurance for expatriates in the Caribbean from large and respected international insurance companies. The Caribbean is an exciting and rewarding place to retire and work in.

5 Tips on How to Earn Money Abroad as an Expatriate

Expat Education Tips for Expats Moving to China with Kids

Greece is Making it Attractive for Digital Nomads