Becoming an expat is a unique experience to visit the world from a brand new lens. It allows you to explore new places, indulges in different cultures, and become more professionally well-rounded. It’s not only great for your career, but it’s great for your personal development and can be a life-changing experience. 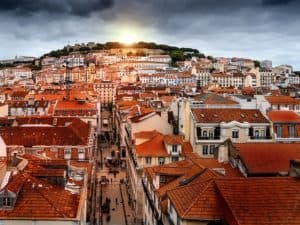 When choosing a city to move to as a global citizen, Lisbon, Portugal, is a great choice. It’s the capital and largest city in the country, and while the official language is Portuguese, you’ll still find many people who speak English to help you get by. The best part is the weather; the climate is mild, and more than 300 sunny days a year. Lisbon is attractive among foreigners because of its economic system that is favorable for non-natives.

The cost of living in Lisbon is low, making it an affordable place to live. Wages are low, but if your employer pays you from your home country, you won’t be affected by averagely low wages. Another plus is its location within Europe. If you enjoy traveling, you’ll be able to get all over Europe pretty quickly and inexpensively. Lisbon is increasing in popularity among expats. 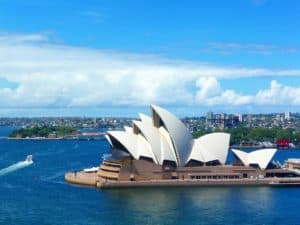 Sydney, Australia, is the New South Wales region’s capital and the most populous city in Australia. It’s considered a true melting pot because it’s so diverse and multicultural. It’s the perfect place to meet new people and has unique experiences. For an expatriate, there are many professional opportunities in the English speaking capital of New South Wales.

Not only can you grow your career in a uniquely distinct place, but you can also learn so much about yourself and the culture around you.

Sydney ranks very high for its quality of life and economic stability. There is an abundance of opportunities in such a large city. Sydney is known for its high-quality restaurants, food from all over the world, great cafes, and nightlife. There are roughly 100 beaches in Sydney to explore as well as so much to see and do.

The climate is a plus too because the summers are warm and the winters are very mild. There are roughly 340 sunny days per year! It’s an enjoyable and worthwhile place to live. 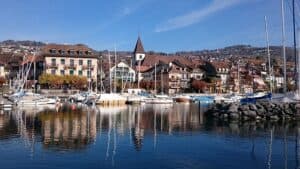 As the headquarters of numerous international organizations such as the United Nations, The Red Cross, and The World Health Organization, Geneva, Switzerland, is booming with opportunities. It’s a great place for expatriates because of its unique job opportunities. The people who live in Geneva are diverse and multicultural, which is great for meeting new people and broadening your surroundings.

Because of the number of international organizations, large businesses, and high ranking professionals that live in Geneva, the cost of living is quite high. This is something to take into consideration because there are cheaper places in Switzerland to live in.

Geneva borders France, which gives expatriates an easy opportunity to travel. The thought of traveling from Switzerland to France for a day trip is inspiring. Its location is great for traveling to other countries in Europe as well. Geneva is a very professional city to live in full of opportunities. Also, the occasional views of the Swiss Alps from office buildings are a plus. 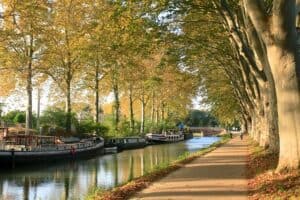 Toulouse is the 4th largest city in France, located in the Southwest. Its nickname is “The Pink City” because of its picturesque architecture. It’s considered to be one of the most beautiful places to live. It’s rich in culture and diversity and has plenty of Spanish influence.

If you’re an expatriate bringing your family along for the move, Toulouse is an especially great option because it’s known for its education and school system.

Toulouse isn’t the most touristy town, so it’s a beautiful place to live if you’re looking for a quieter lifestyle. It’s in one of the fastest-growing areas in France, which boasts many growth opportunities. The Mediterranean climate offers warm summers and mild winters, and a high quality of life. Its cost of living is lower than in Paris, and life moves faster, making it a great place to live. 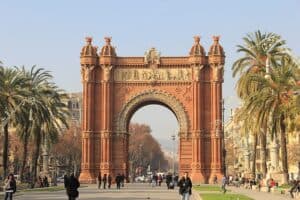 Barcelona, Spain, is located in Catalonia, the autonomous community in northeastern Spain. The city is vibrant with colorful, curvy, and mosaic architecture by the famous Antoni Gaudí, who graced the entire city with his modern art. Barcelona’s streets are made for visitors because they’re wide and allow for exploring the entire city. It’s a city that can make you feel at home.

There are many professional opportunities in Barcelona because it’s a large city with a ton to offer. It’s easy to get around the city and all over Europe because of its central location. The weather consists mainly of warm summers and mild winters, and the city is relatively inexpensive. With professional growth and so much to explore, it would make a great place to live.

If you’re going to become an expat, it’s important to have international health insurance. It will cover routine and emergency treatment anywhere in the world. There is also flexibility in choosing providers. It’s not only suggested, but it’s required to have international health insurance in some cases. It would help if you did not take on the financial burden and health risks by not being covered abroad.

This list only details a few of the amazing places to live as an expat. There are so many other great cities out there to consider. Hopefully, these 5 popular destination cities for expatriates got you thinking about where you want to end up and what kind of city you see yourself living in.

5 Tips To Enjoy Your Overseas Retirement

8 Great Countries for Raising a Family in 2020