Covering the Iberian peninsula in its magic, Spain is nothing short of a dream come true. Several have talked about the beauty of Spain, but what makes it worth living in or experiencing once in a lifetime, is mentioned below. Learn below some reasons to move to Spain as expat. So keep reading!

Reasons to Move to Spain

One: Affordable Cost of Living

Spain is a highly affordable place to set a roof over one’s head. As compared to other western European countries, Spain offers a much pocket-friendly lifestyle and expenditure to expatriates. Working expats can expect an average salary of $2700 and an average living cost of $900, which is far less than other European countries. A 1bhk apartment costs around $1,050, while in a more lavish locality, this cost can go up to $1,550. Essentials like eggs, milk and chicken fall under the range of $2-5. Even McDonald’s meals are under $10!

But the list doesn’t end there. As socialization and night out culture thrive in most European countries, Spain guarantees amazing dining opportunities to the newly moved. A good dinner can cost anywhere between $50-60, whereas a normal dinner for two ranges between $30-40. Guess what movie tickets are just $20, so don’t worry about extra expenditure during weekends! 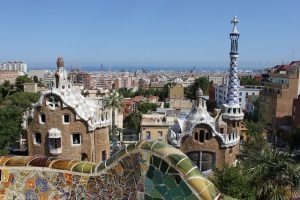 Spain is definitely a metropolis, where commercial life thrives in full bloom. But what Spain is at its core, is its old-school heart that still preserves traces of the ancient past in every corner. Art and history exist to fascinate young travelers from various parts of the world. Cities like Valencia, have taken a completely different personality and hold attractions like an IMAX theatre, a planetarium, a science museum, an opera house and a performing arts center. Granada, on the other hand, is all about antiquity, such as palaces, throne rooms, ancient baths and gardens. Apart from this, the beaches, cathedrals, sculptures, art galleries, and contemporary attractions, are the charms of Spain and one can never find themselves without options when outdoors. 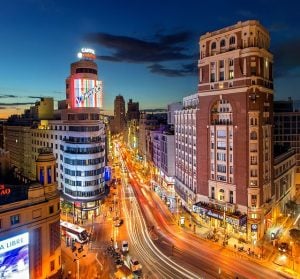 In the whole of Europe, there is no better country than Spain, if you’re someone who’s not a fan of driving. Their rapid and elaborate commutation networks have made it possible for the country to hold the repute for their ease of transport facility. Both buses and trains work to transfer you across the city efficiently. Metros and cabs are also available for faster commutation within the country.

Of all the reasons to move to Spain, healthy work culture has to be the most important one. Imagine in the age when living rather than making it through the hustle is glorified, a country allowing citizens to practice a 2-hour gap in between work hours is truly a blessing. Yes, 2-4 pm every day is normatively followed as a break in Spain. Most organizations start their working hours around 10 am in the morning and wrap up their business by 8 pm latest.

On average, a Spaniard works for 35 hours per week and spends a month vacation every year. Giving a much-needed breeze from 9-12 hours working shifts without breaks, Spain is a relief as compared to other countries. Hence, the balance of life is truly maintained in the country.

There have been several studies demonstrating the high quality of life in Spain and that partly has to do with the free healthcare system that takes care of its citizens. Not only is the healthcare system strong, but also are the climatic conditions, such as an abundance of sunshine, opportunities to be out, outdoor culture and a Mediterranean diet. Ultimately the easy-going lifestyle is what makes it possible for expats to take their time while adjusting and making time for self-care and relationships. 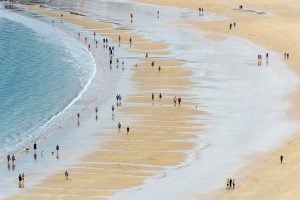 Sunlight has a good effect on the mood and overall health of individuals, and that is what you get in abundance when in Spain. Beaches and sun-bathing set apart, the sun shines above the head for almost 320 days of the year. If heat isn’t your thing, Northern Spain has comparatively lower temperatures, thanks to the hills. But in case, summers and sunshine are your motivation, Southern Spain is just perfect for you to settle down. Also August marks summer vacation.

If your meals aren’t complete without something to drink or wine specifically, Spain will be your dream come true. Dishes like Paella, Gazpacho and Tortilla Espanola are a classic, but consider yourself on an eating spree, as each street has its own rendition of the culinary classics. And if you like cooking on your own, you will be getting a good supply of fresh vegetables and fruits in the weekly markets. Note that most people follow a seasonal diet, that is, whatever is available in a particular season is consumed and other off-season produce is very expensive to fetch.

Whether you settle in Spain for practical perks or personal reasons, there is no way you’ll be regretting your choice. Let us know down below, what will be your favorite reason to move to Spain?

The most common mistakes when applying for a...