5 Reasons to Become an Expat in Laos

Expats move abroad for many reasons. Some sign up for a new job, some move looking for a more affordable place, while others desire a relaxed and enjoyable retirement. The small Asian country of Laos ticks almost all the boxes when it comes to being a popular expat destination. Lets talk about some reasons to become an Expat in Laos. 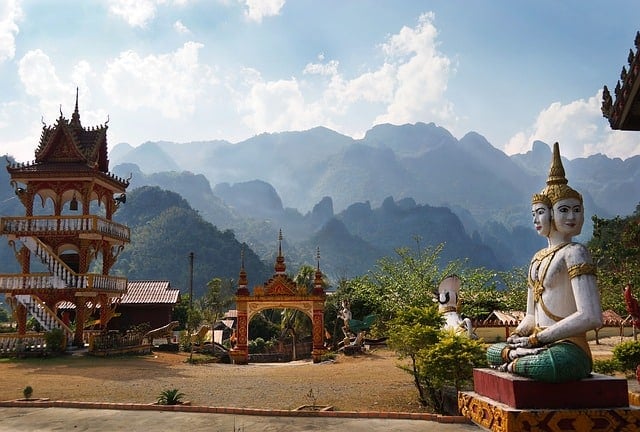 The beautiful and peaceful landlocked country of Laos was an overseas colony of the French until the 1950s. During the 1950s, a conflict broke out between the royal forces and the communist resistance, which went on for about 20 years. In the long struggle, the communist forces prevailed, leading to the establishment of a communist government that has continued to govern the country since. Over the years, Laos has become a part of several global organizations, including the World Trade Organization, which accepted the country’s membership in 2014.

One of the few aspects that Laos still lags in is its not-so-efficient healthcare system. Those who wish to seek any major or complex medical care and treatment often cross the Mekong River to go to hospitals in Nong Khai or Bangkok in Thailand.

However, that’s just one of the major things that expats have to forego after become an Expat in Laos. They may choose to overlook it because of the many amazing and distinct things about this beautiful country. The fact that Laos is one of the best countries for retirees and has a minimal crime rate, only makes it an even more preferable nation to settle in permanently.

While it may sound more like a limitation, it’s not. Every country has a unique culture and Laos is no different. The country has more of a conservative culture. Even the aged people don’t feel threatened by the presence of a foreign national around them. Laotians welcome everyone warmly and are very friendly. This opens doors for expats to experience the beautiful cultures and traditions from up close. Over time, many of them even start following the traditions themselves, without any legal compulsion.

Although expats cannot buy a property or a motor vehicle in Laos, they may be able to obtain leased rights over them. Getting a house or car on lease or rent is pretty affordable in Laos. Going by the cost, people can live comfortably in the country for $1,000 or less. This includes accommodation, food, and purchases of all other essential supplies. A 1-bedroom property outside the city center can cost around $325 a month, while the same apartment within the city center costs around $670 a month. 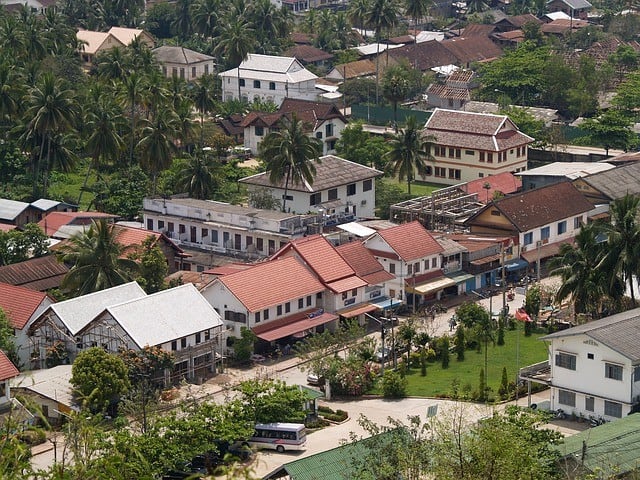 Laos is blessed with lots of magnificent locations that are frequently visited by tourists from around the world. The Bolaven Plateau based in Southern Laos is one of the country’s most naturally beautiful regions. Then there are massive waterfalls and unexplored forests to wander through, which have already become major crowd pullers over the years.

Several expats also visit the small town of Luang Prabang, which has some beautiful palaces worth a visit. You can also check out more than 30 exquisite temples in the region that have a rich history and stand tall today as an epitome of the beautiful cultures of bygone times.

Laos is majorly dependent on its tourism industry and that has a major impact on its national economy. However, it’s not fancy places that the country offers to its tourists, but Laos allows everyone to enjoy the country’s lush landscapes and Buddhist temples along with the elegant palaces. It also gives them access to a relaxed lifestyle, enjoying the mesmerizing sunsets with complete peace of mind.

A Final Thought on to become an Expat in Laos

Despite not being the best choice of an expat country from the healthcare services point of view, Laos can still offer inexpensive pharmaceutical drugs to those who need them. Those who have life-threatening emergencies are always suggested and expected to travel to Thailand or any other country for the specific treatment. This is also what the locals do when they need to undergo an operation or surgery.

Adequate coverage through an international health insurance plan can be the best bet for people planning to start an expatriate life in Laos. Expat Financial offers some great global health insurance plans from three excellent providers for expats in Laos. Despite that, Laos continues to be a popular tourist destination and a dream country for foreign nationals who want to lead a peaceful and stress-free life. So, if you want to move or travel to Asia, give Laos your utmost consideration.

Are you Choosing to Became Long Term Traveler or an Expat?

Top 6 Reasons Why You Should Live or Retire in Belize

Top 7 Reasons to Become an Expat in...

5 Ways to Become a Digital Nomad