A Quick Expat Guide for Honduras

Honduras is regarded among the poorest countries in the world at present and is located in Central America. Despite that, the country is blessed to have warm and friendly people who know how to enjoy life and live peacefully in a truly mesmerizing Caribbean paradise. Numerous expats have already discovered the joys of living in a beautiful country like Honduras. The country’s current expat community majorly comprises immigrants from the USA as well as the European Union.

With its fantastic biodiversity and an amazing intercultural experience, Honduras is also popular for its mouth-watering cuisines, beaches and a range of fun activities. Since several expats have already settled here, everything necessary is easily available here, right from fantastic restaurants to fast internet services. A few of the cities also have exceptional medical facilities and qualified physicians. Since healthcare is a big deal for anyone moving abroad, Honduras has them ably covered with safe hands. 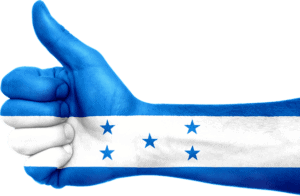 Life isn’t that fast-paced here, which makes this country a lovely paradise for those who want to sit back, relax, and have the time of their life. Spanish is the country’s official language. However, even those who don’t know it won’t have to struggle due to the language barrier.

If you are planning to become an expat sometime soon and have Honduras in your sight, you may want to know what specifically is so amazing about this small and peaceful country. Here’s a quick breakdown for you:

All across Honduras, it’s not difficult to spot an expatriate. Many of them could even be from your own state. But the local population is greater still, who are peaceful and fun-loving and are attached to their cultural roots. Did you know that Honduras’s history has imprints of Mayan civilization? At the beginning of the 16th century, Spanish residents expanded their control over the country and held on to it until the 19th century. Some Spaniards stayed back too, having developed a connection with the country. About 90% of the country’s population today comprises people with Latin American, African and Spanish heritage.

The Honduras people love to party in style. They have quite a handful of those events held throughout the year. One of the more popular carnivals in the country is the La Ceiba Carnival, which is held in the month of May in La Ceiba. The carnival celebrations start a week in advance. On the day of the main event, a big parade goes around the city, post which the people of La Ceiba party all night along Avenida San Isidro.

The presence of many expats in the country from all over has helped Honduras gain recognition worldwide. This popularity has helped bring in more tourists and more revenue to the country, thereby improving its overall infrastructure as well. Honduras’s existing regulations help every expat settle down in the country easily, which has played a major part in the latest transformation.

Many expats come to Honduras to push all their daily stress behind and bask in the beauty of the country. Its natural beauty and picturesque landscapes have played their part in bringing in expats from all around the world.  Based in the Copán Ruinas municipality, the Mayan civilization ruins have been declared a World Heritage Site by UNESCO. 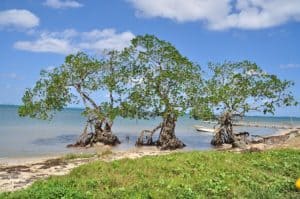 Living in Honduras is cheaper than most of the countries in the region. Everything from accommodation, groceries to basic essentials are very much affordable in Honduras. However, if someone wants the same product as is sold back in his country, the charges can go pretty high. Those who can live with an alternate product can easily afford just about everything in the country.

It is recommended to research a bit about Honduras before making the move. You can read about things like the best city to live in Honduras, the availability of amenities, schools, shopping arcades, and more. This research will prepare you about the expectations you can make with the country, the obstacles that will come your way and how you could possibly deal with them effectively.

Health Insurance for Expats in Honduras

It’s essential for every expat to get a comprehensive international health insurance plan before coming to Honduras. You can never be certain if you will find the climate and lifestyle of a new country to be of your liking. Moreover, you may be more susceptible to fall sick if you are not careful with what you eat or drink. Good international health insurance will ensure that you won’t have to worry about any such unplanned expenses and can get the most out of your stay in the country. Expat Financial is a great choice for global health plans for expatriates.