5 Amazing Reasons to Live as Expat in Cayman Islands

Learn why you should become an expat in Cayman Islands

The Cayman Islands are one of the overseas British territories that have quietly become a major attraction among expats from all over the world. The fact that the Cayman Islands are one of the biggest offshore tax havens has only led more expatriates to settle down here over the years. A majority of the citizens, expat in Cayman Islands and settlers in the territory have come here from the United Kingdom, the United States, Jamaica, and Canada, and they so predominantly speak English. A very small section of settlers consists of Spanish citizens and members of the Jamaican Patwa community.

The Cayman Islands comprise 3 primary islands, namely Grand Cayman, Little Cayman, and Cayman Brac. Each of these islands has different attractions of its own. So, if you are into Scuba diving or snorkeling, head over to the Grand Cayman. If you like deep-sea fishing more, Cayman Brac is the island for you, while wildlife lovers can leave for the Little Cayman.

One reason why so many expats choose to move to the Cayman Islands is that it offers them a welcome break from their fast-paced lives. They can enjoy the same relaxed lifestyle almost daily, which is nothing less than a dream when living in a big city.

Can a British citizen live in Cayman Islands?

Let’s find out, what other reasons can tempt you to think about moving to this majestic heaven?

The biggest reason, perhaps, for expats to move to the Cayman Islands is the beautiful beaches they have. You can rarely find any other Caribbean island that looks so clear and beautiful from afar. It’s very common among children to go for boating, snorkeling, kite surfing, and other activities across these beaches. The climate is pretty pleasant too, ensuring that the kids can play their heart out at these beaches. 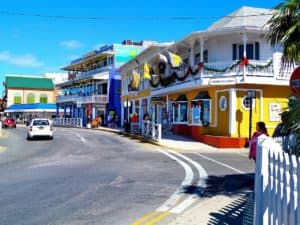 The fact that the Cayman Islands are tax havens makes them very popular spots for people all over the world. There is no tax levied on what you earn, or what you eat and drink, in the Cayman Islands. The government instead gets its funds from fees and import duties, since the country has to import everything now and then. Those people who are highly affluent often invest their money in the country itself to buy a property or contribute towards the many trusts based within the Cayman Islands. If you want to enjoy a low tax retirement in the Caribbean, the Caymans is a natural choice.

Besides the majestic beaches, it’s the country’s hospitable weather that pulls innumerable people and expats to the Cayman Islands throughout the year. The rainy season lasts for six months between May and November. However, most of the times it’s just a passing shower. The Summer in the Caymans can get a bit too hot for some expats. 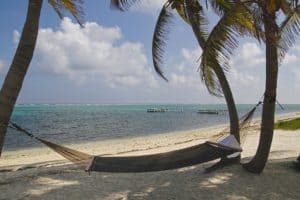 You will find it very surprising to know that people from more than 100 countries have been moving to the Cayman Islands before settling down here permanently. This has left a very diverse cultural mix behind. It is heartening to see this melting pot of cultures in such a small country, each one celebrating the other’s beliefs and diversities. Such a diverse mix is contagious and will not let you leave any time soon.

Food choices in the Cayman Islands have been influenced by several countries. Over the years, the collection of cuisines has become a favorite for anyone who loves food. You can choose from a vast variety of cuisines, way better than you can ever find in any other Caribbean country.

Other Good-to-know Aspects of the Cayman Islands

The Cayman Islands have a currency of their own (KYD), though US dollars are also accepted in most places. There are multiple modes of transportation available too, so expats will never face difficulty traveling through an island or from one to another.

The healthcare system of the Cayman Islands is decent. You can get state-of-the-art healthcare facilities in the country’s private hospitals, even though the public hospitals aren’t far behind. Health insurance is mandatory for all residents of the country, which is another way in which the government accumulates funds and keeps the healthcare system working to its best capacity.

Being an island country, everything is costly on the Cayman Islands, including healthcare and medications. A global health insurance plan can help manage all unplanned expenses without much fuss. Anyone who wants to obtain public healthcare has to have a health insurance plan that can cover all incurred costs. Such an insurance cover also provides for emergency air evacuation when needed. The Cigna Global health options plan is a great choice for expatriates who want to be covered in Cayman and globally as well. Most expats in Cayman will want to be able to seek treatment in the USA, most likely in Miami.

Private healthcare, on the other hand, is more expensive but at the same time also more reliable for delivering optimum treatment to all patients, besides ensuring shorter wait times. Again, a good international health insurance plan can ensure that you don’t have to hurt your pocket and can easily get the best treatment from leading hospitals located all across the Cayman Islands.

Top 8 Reasons Why Expats Should Move to the Caribbean

8 Reasons to become an expat in Portugal